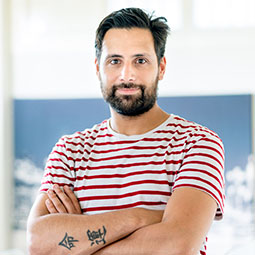 Founded by Alexander Elósegui back in 2004 as a recording label. After several years producing music for different Spanish artists, the company decide to stop its activities in 2012 in order to invest in improving the studio and specializing in composition and production of original soundtracks, pivoting the company to a production label specialized in soundtracks for movies, TV and video games. In 2016 the company hires the professional musician Sergio Villar as Creative Director. Since then they have composed soundtracks for short- and full-length films, both nationally and internationally, and participated in festivals and film events like Cannes or the American Film Market. In 2019 they were hired by Red Mountain to compose and produce their first soundtrack for a video game, The Crown of Wu. As of today, they are composing 2 soundtracks for international movies, 1 documentary and 3 Spanish video games.